For children, teenagers, and adults who are fascinated by astronomy, visiting an observatory with a large telescope will certainly fuel their interests in the field. Not only will they be able to learn more about planets and stars in space, but they would also be able to use a telescope that is a hundred times more powerful than the one that they have at home.

There are hundreds of observatories built around the world, but only some are considered the best in terms of the features that they have inside the structure, as well as the quality of their telescopes. If you have the budget, treat yourself and your loved ones with a visit in these following observatories that can be visited by anyone. One of Hawaii’s tallest volcanic mountains, the Mauna Kea is most known for the gorgeous view of the island that it offers to tourists and locals, but another popular attraction near its summit is the Onizuka Center for International Astronomy Visitor Information Station, an observatory that is open to the public.

At the observatory, there are many telescopes that visitors can use, and they vary in sizes and magnifying power. An interesting telescope that the observatory has is the solar telescopes, which allows viewers to see the sun directly, although with a darker tint due to the lens’ properties.

The special observatory is open every day from 9 am up to 10 pm. You can also apply for an observatory tour at the mountain, but you would need a vehicle with four wheels to take part in the trip.

Chile is home to more than ten observatories, as the country is the perfect location for stargazing since the sky has less pollution, and the stars can be seen clearly at night. One of the best observatories in Chile is the Paranal Observatory, which is owned by the European Southern Observatory (ESO) and is open to the public.

Inside the observatory, you will see four different telescopes that can be combined into one gigantic telescope called the Very Large Telescope (VLT). The VLT is comprised of telescopes with various sizes, which are named in the Mapuche language as Yepun, Kueyen, Melipal, and Antu, and these names are translated in English as Venus, Moon, Southern Cross, and Sun, respectively.

The Paranal Observatory can be visited free of charge during Saturdays, and there are tours that are offered inside the observatory at 10 am and 2 pm. However, you would need a reservation before visiting the observatory as there is a limit to how many people can enter the building.

Besides its legendary telescopes, the Griffith Observatory also has a planetarium, a presentation theater, and a park that is featured in many popular films, one of which is the award-winning film La La Land starring Ryan Gosling and Emma Stone.

It is open from Tuesday to Friday from 12 pm up to 10 pm. People can also visit the observatory on Saturdays and Sundays from 10 am to 10 pm. Situated at the top of Observatory Hill in Australia, the Sydney Observatory is home to two telescopes that are different from each other in terms of their appearance, features, and construction.

In addition to the telescope, the Sydney Observatory also has a museum that houses several historical astronomy equipment and artifacts, and a planetarium where kids can learn more about planets and stars.

The Sydney Observatory is open to the public from 10 am to 5 pm, but there are also tours at night that you can only participate in if you reserved a slot on their website. The South African Astronomical Observatory, also known as SAAO, is where the biggest telescope in the southern hemisphere is located. The South African Large Telescope (SALT) can magnify objects in space up to a billion times more powerful than a home telescope. Besides the SALT, there are also two more visitor telescopes available at the observatory, but they are smaller and less powerful.

Visitors can only use the SALT from morning to afternoon, as the observatory is closed for many people during nighttime. However, SAAO started allowing a limited number of tourists to enter the observatory at night, but these people must reserve for their slots first before being allowed to go inside the building. Built in 1842, the National Observatory of Athens is located at the top of the Hill of the Nymphs and is considered as the oldest research center in Greece. The Athens Observatory may not have the best telescopes, but it is still a must-visit facility because of its historical contribution to the advancement of astronomy and astrophysics.

The National Observatory of Athens is open for tourists from Wednesday to Saturday, starting from 7 am to 8:30 pm.

There are many different telescopes inside the La Silla Observatory, but the most popular one is the High Accuracy Radial Velocity Planet Searcher, or HARPS, which has the ability to hunt for exoplanets in space.

The La Silla Observatory can be visited for free during Saturdays at 2 pm. However, it is close to the public from July to August as snowstorms usually occur at the mountain during those months. One of the oldest observatories in North America, Chicago’s Yerkes Observatory was built in 1897 through the recommendation of George Ellery Hale and the financing of Charles T. Yerkes.

The Yerkes Observatory is mostly known as “the birthplace of modern astrophysics,” as it was the first observatory to have laboratories dedicated to chemistry and physics related to space. Inside the observatory, you will find a refractor telescope that is 40 inches in size, which is considered as one of the biggest refracting telescopes in the world.

Tourists need to pay $25 to enter the observatory during Sundays from 10 am to 12 pm, and they can get up to five people to share one ticket. An extra $5 should be paid at the counter for each friend or family member that comes with you if ever the total number of your companions exceeds five. 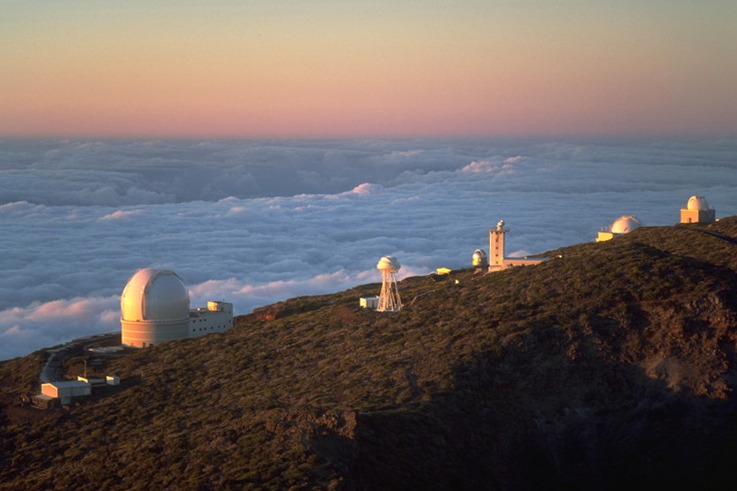 The Roque de losMuchachos Observatory is built near the highest point of the island of La Palma at 8,000 feet above sea level and is proclaimed by many researchers as the best observatory in Spain due to the location’s clear skies.

There are many telescopes built inside the facility, including the Isaac Newton Telescope, the Mercator Telescope, and the Swedish 10m Solar Telescope, which is the biggest telescope in Europe.

The observatory in Spain is open to visitors every day from 9:30 am to 9 pm. The observatory is open for visits every night, but there are also tours happening in the mornings and afternoons. However, it is closed from July 15 to September 1 due to rainstorms.