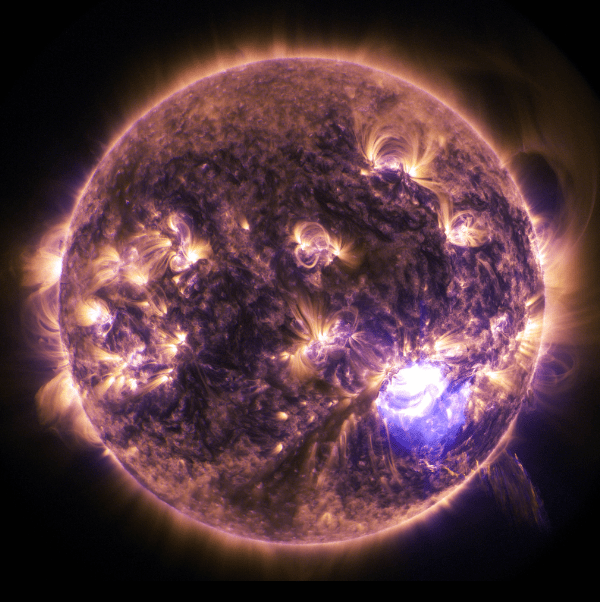 The Milky Way is the galaxy that is having our solar system. From Earth, you can see the Milky Way as a band. It is because it is shaped like a disc. You cannot see it with the naked eye so you need a telescope. Galileo Galilei was the first astronomer, engineer, and physicist who resolved the band of light into individual stars in 1610 with his telescope.

Until the 1920s, most astronomers thought that all the stars were in the Milky Way. Later on, it was discovered that Milky Way is one of the galaxies in space. According to astronomers, a massive star has mysteriously disappeared from the distant galaxy. With time, many of the stars have disappeared mysteriously from the galaxy and no one can find the reason behind it.

Stars That Mysteriously Disappeared from The Solar System According to astronomers, a massive star has disappeared mysteriously. It is a part of the Kinman Dwarf galaxy that is also known as PHL 293B. It is 75 million light-years away from the Earth and it is in the constellation of Aquarius. A group of stars that form a particular shape in the space or sky just like the Milky Way is known as a constellation.

The crystal blue glowing star is too far away from our galaxy that a telescope cannot directly spot this star. With the help of a camera attached to NASA’s Hubble Space Telescope showed the signatures of this star but not directly the star. Later on, the signs or signature of this massive star disappeared. Although they have been observing this massive star for 10 years with a Very Large Telescope (VLT).

Also, it is estimated that there are other massive stars in the Kinman Dwarf Galaxy that are 2.5 million times brighter than the Sun of our solar system. Talking about the mysteriously disappearing star, it glows in crystal blue colors. It is even coupled a million times hotter than our sun.

Evidence or Suggestion About Mysterious Disappearing The main evidence suggested by the astronomers and researchers, especially Andrew Allan, project leader talks about the disappearance of this massive star is that it was in its late stage of evolution. This star was considered to be unstable and with time it might have lost some mass or brightness.

The two possibilities of the mysterious disappearance of this massive star in the Kinman Dwarf Galaxy are that it might have collapsed into the black hole without exploding and producing a bright supernova explosion. The second possibility is that it might have become less bright or blocked by the dust.

Future Observations to Solve the Mystery Another project leader of this massive star Jose Groh, Trinity Professor explains the observations of the signs of this mysterious star missing. It will take a few years to confirm the mysterious disappearance of this massive star. The ESO is planning to launch observation equipment in 2025 with an Extremely Large Telescope. This telescope will help you to solve the mysteries about stars in the future.

Stars Gone Missing; Where Did They Go? The current knowledge suggests that the stars change slowly and the dramatic disappearance leaves traces behind. Now it does not mean that all the stars are constantly shining. The sky is filled with variable stars that change in brightness and some pulsate. VASCO is the Vanishing and Appearing Sources during a Century of Observations project. Beatriz Villarroel of the Nordic Institute for Theoretical Physics emphasizes that VASCO is something different.

Some variables are needed to solve the mystery of a completely stable star to complete disappearance. There has been a development of automated telescopes in recent years. These telescopes are capable of cataloging the entire sky at a rate that previous generations of astronomers could only dream of. For example, the Zwicky Transient Facility (ZTF) at Mount Palomar in California combines the state-of-the-art camera with the venerable Samuel Oschin Telescope.

The ultra-wide field of view allows you to examine the entire sky above Palomar for three nights. You can scan the Milky Way twice each night. This increases the likelihood of detecting the fortuitous flares called transients. They are bursts of light caused by intense stellar flares in distant stars. Also, they can be considered violent, rare, and mysterious gamma-ray explosions.

More than 800 stars have gone missing according to the surveys. Many of them are still to be processed and studied in depth. There is no perfect correspondence with the ideal object of Villarroel, an act of disappearance of a lasting and stable star, many spotted candidates continue to intrigue in their own right.

The researchers have found a series of short-lived transients. They appear in an image and not again. They twinkle as others do. There are other things in the galaxy that we still don’t know about. The short-lived transients when studied, don’t appear to be M-dwarf flares or some sort of supernova.

Other options include variable stars and cataclysmic or novae variables such as eruptions on the surface of white dwarf stars in binary systems. Neither source is close to a known variable and the companion stars in a nova system should be faintly visible for modern surveys. Even when the white dwarf is not. As the size and sensitivity increase in the telescope, along with computing power, it brings astronomy into the era of big data. Many scientists at SETI have argued that they might be able to detect the presence of aliens. Thanks to the inexplicable behaviors of stars and other objects other than us from radio signals deliberately or accidentally emitted in our direction by alien life.

The theory is that if civilizations are sufficiently advanced, there are higher chances that there will be a development of stellar engineering. It would alter the appearance of stars in ways that would otherwise be inexplicable.

Life Expectancy of a Star The life expectancy of a star depends on the mass of the star. The more massive the star, the faster it burns up the fuel supply. Hence, it will be having a short life span. A star with the mass of the sun continues to fuse hydrogen for about 10 billion years, whereas, a star with a small mass such as a tenth of the sun’s mass will continue to fuse hydrogen for trillion years.

That is a long lifespan because it is even longer than the current age of the universe. If stars are having a short or long lifespan then what makes them die or disappear? In this case, the massive star’s mysterious disappearance can be because of its mass. It was a massive star and it exhausted the fuel supply and might have exploded in core-collapse supernovae. There were no signs of a supernova explosion.

On the other hand, the smallest stars can live longer and none of them have yet died out. Red dwarfs that are less than 0.4 the solar masses burn slowly and they have lived 100 billion years. They can even live longer than this because of the mentioned reasons.

Galaxy Cluster – Mysterious and Disappearing Stars Other Than Solar System

History has made you believe that the sky you see at night is permanent and unchanging. For centuries, navigators steer their ships by using the fixed stellar patterns and you keep on looking at the patterns you have made in your childhood through starts in the sky. To your surprise, stars and patterns are changing if you look closely.