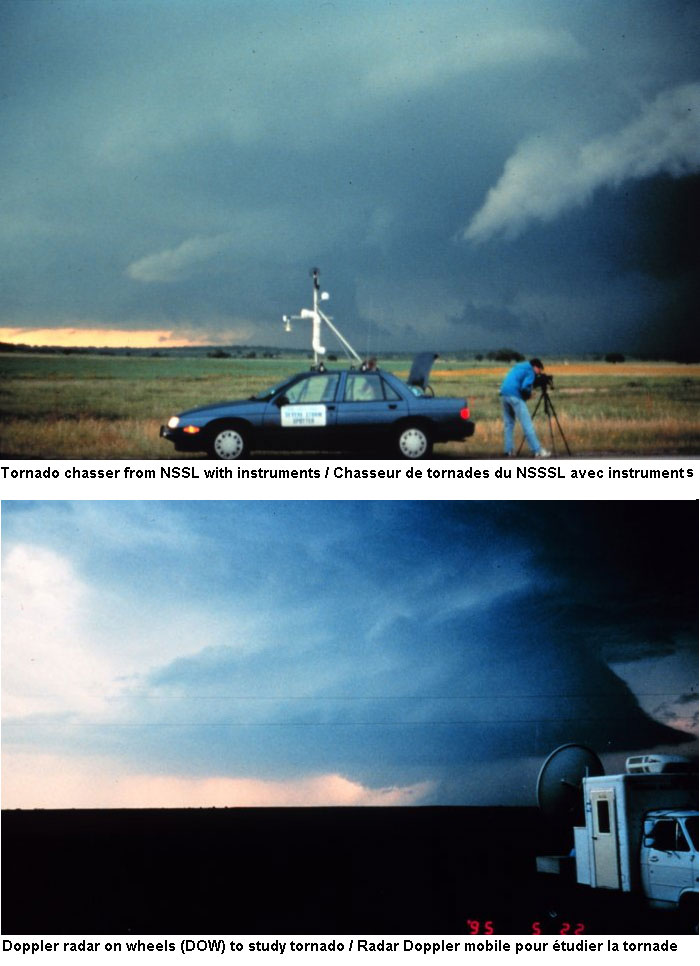 One doesn’t need permission to become a storm chaser, but there are lots of things to consider, including several laws, education, and equipment. If you love storms and are interested in knowing what it is like to be a storm chaser, then you are reading just the right article. Let’s get started.

What is Storm Chasing?

Storm chasing is a dangerous, tedious, expensive, and on top of everything, a time-consuming endeavor. You can spend weeks without seeing a single tornado. One can become a storm chaser as a hobby or profession. A storm chaser has to be patient; he has to wait for his significant weather event and then get to work when he sees one.

The most dangerous storms that nature can throw at use are hurricanes and tornadoes, which can destroy entire buildings and cause a lot of causalities or deaths. Some areas are prone to storms than others and the people who live in such areas, keep a close eye on various weather reports and take cover or evacuate when a warning is given by National Weather Service (NWS). While on the other hand, storm chasers also keep an eye on weather data but for a completely different reason – they want to be right there when a hurricane or tornado occurs, to record or observe it.

There are several good reasons for chasing storms, such as scientific research (mainly) but some storm chasers are just seasonal that make a living selling photographs and videos of storms to media agencies. However, an amateur should avoid storm chasing regardless of how exciting it looks. This is because professional storm chasers are equipped with special equipment and have meteorological training that enables them to understand the storms they are chasing.

Professional storm chasers know when it is safe to back off or get near to the storm in order to study it or take photographs.

Tornadoes can take place anywhere anytime, but they mostly happen in the late evening or during the night, when they have picked up energy from the heat of the day.

Following Are Some Top Places That Are Prone To Tornadoes:

Following are three ways a tornado can cause and death:

According to the National Severe Storms Library, the best storm chasing season runs from March through May in the southern states. While in the further north, tornadoes are seen frequently through the summer months. Storm chasers who don’t belong to the storm-prone areas, travel there and set up camp in a hotel room or other nearby place.

The first thing that storm chasers do before bed and in the morning is to check weather reports from National Weather Service (NWS), searching for favorable tornado conditions so they can chase it immediately. The most promising sign of a tornado is cold air at high altitudes with warm air close to the ground or winds at different altitudes gusting in different directions.

If you think storm chasing is exciting, then imagine you are on the way to chasing a tornado for hours/weeks only to find out that you are forced to revise the plan due to weather updates. The storm chasers zero in as soon as they listen to something positive from SkyWarn reports. As the chasers get close to the storm, they have to consider several elements, including:

Here is the list of equipment that most professional storm chasers carry with them for chasing storms:

You should get in touch with the National Weather Service and ask them about a short course called SkyWarn, tobecome a storm chaser. The course will help you learn the basics of storm watching, such as how to measure statistics, how to keep yourself safe, and how to predict storm activity.

On the other hand, if you want to become a storm chaser for your profession, then you should keep in mind that most storm chasers don’t make a lot of money. Some people become full-time storm chasers just to click exciting storm photos and capture thrilling footage, and then sell them to media agencies. They have to invest a lot on their equipment, traveling, and legal costs.

Most storm chasers are only seasonal and support themselves with a second job for a living. Other storm chasers are meteorologists that chase storms for the sake of research or as a part of a larger job description.

To become a meteorologist, you would need to complete a four-year bachelor’s degree in science, and then go for a postgraduate degree in meteorology.

It may look like a storm chaser’s life is full of thrills and fun, while it might be true to some extent but they have to go through a lot to chase a storm and then take pictures, capture videos, or study it for research purpose. They don’t earn a fortune with this job – this is the reason why most storm chasers follow such an endeavor as a hobby.

If you are an amateur and want to chase storms all by yourself, then we suggest you not to do so right away. You should follow a professional storm chaser and learn the basics of storm chasing to hunt the storms before they hunt you.